Claire Lees (1987) completed her undergraduate degree at the Birmingham Conservatoire. She has worked extensively as a freelance singer, singing in concerts, performing lead roles in the Gilbert and Sullivan Opera Company, and participating in competitions and masterclasses. Claire is currently following the Opera Course at the Guildhall School of Music & Drama on the Guildhall Artist Masters Programme, under the tutelage of Yvonne Kenny. Claire has had many opportunities at the school, such as a public masterclass with Susan Bullock and performing solo excerpts from Haydn’s Creation for the LSO’s Singing Day. Claire was recently a finalist in The Maureen Lehane Vocal Award 2014 at the Wigmore Hall.

Lies Braakman (1990) achieved her BMus degree under Nata Tsvereli in 2013, at the Prince Claus Conservatoire in Groningen. Motivated by her love of French music, Lies then moved to London to study with Paul Roberts at the Guildhall School of Music and Drama, where she still has extensive coaching in chamber music and vocal accompaniment, alongside her solo piano studies. She was awarded scholarships by the Prins Bernhard Cultuurfonds, the VSBfonds and the Guildhall School Trust. She graduated from the Guildhall School in July 2015.

Claire and Lies met by chance when they were assigned to work together during their first year at Guildhall in 2013. They have been coached by renowned accompanists such as Pamela Lidiard and Eugene Asti. Encouraged by positive reactions to their performances, Claire and Lies have continued working together on numerous occasions, among which a notable lunchtime recital at St. James Piccadilly, London. They were finalists of the International Student Lied Duo Competition in 2015 and won a short recital series hosted by the Vereniging Vrienden van het Lied. In October 2016, they won the audition to be part of the same organisation after a unanimous decision by the jury. 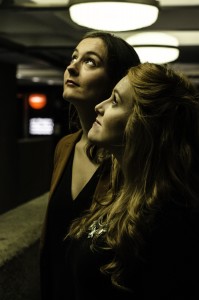